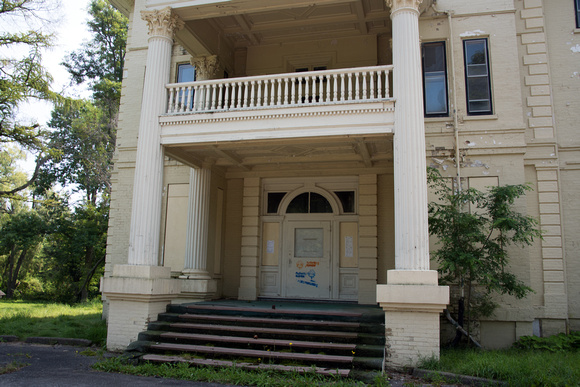 The Sidbrook, Cobourg ONSidbrook
411 King street East, 1857
Called Sidbrook because of its most recent use as a Private Hospital, this is one of Cobourg's best known Heritage buildings.
According to the town bylaw which gave Heritage designation to the building, the "villa" was originally two storeys and had a flat roof, built for Cobourg Railway director Henry Mason. In 1868, the structure was altered to add the "High Italianate design" and the large west wing and hipped roof. Toronto architect Kivas Tully, who designed Victoria Hall, was involved in this work.

The building is currently vacant and in a state of disrepair! Future prospects unknown for the site.
© ThePassingShow
Powered by ZENFOLIO User Agreement
Cancel
Continue